By County Executive Ed Day  Metro-North (MNR) has once again refused my request to give our West of Hudson riders a ten-percent fare reduction. This is absolutely insulting to our commuters. After many phone calls, letters and meetings by myself and other local elected officials over the summer, NJ TRANSIT (NJT) announced a ten-percent discount […] 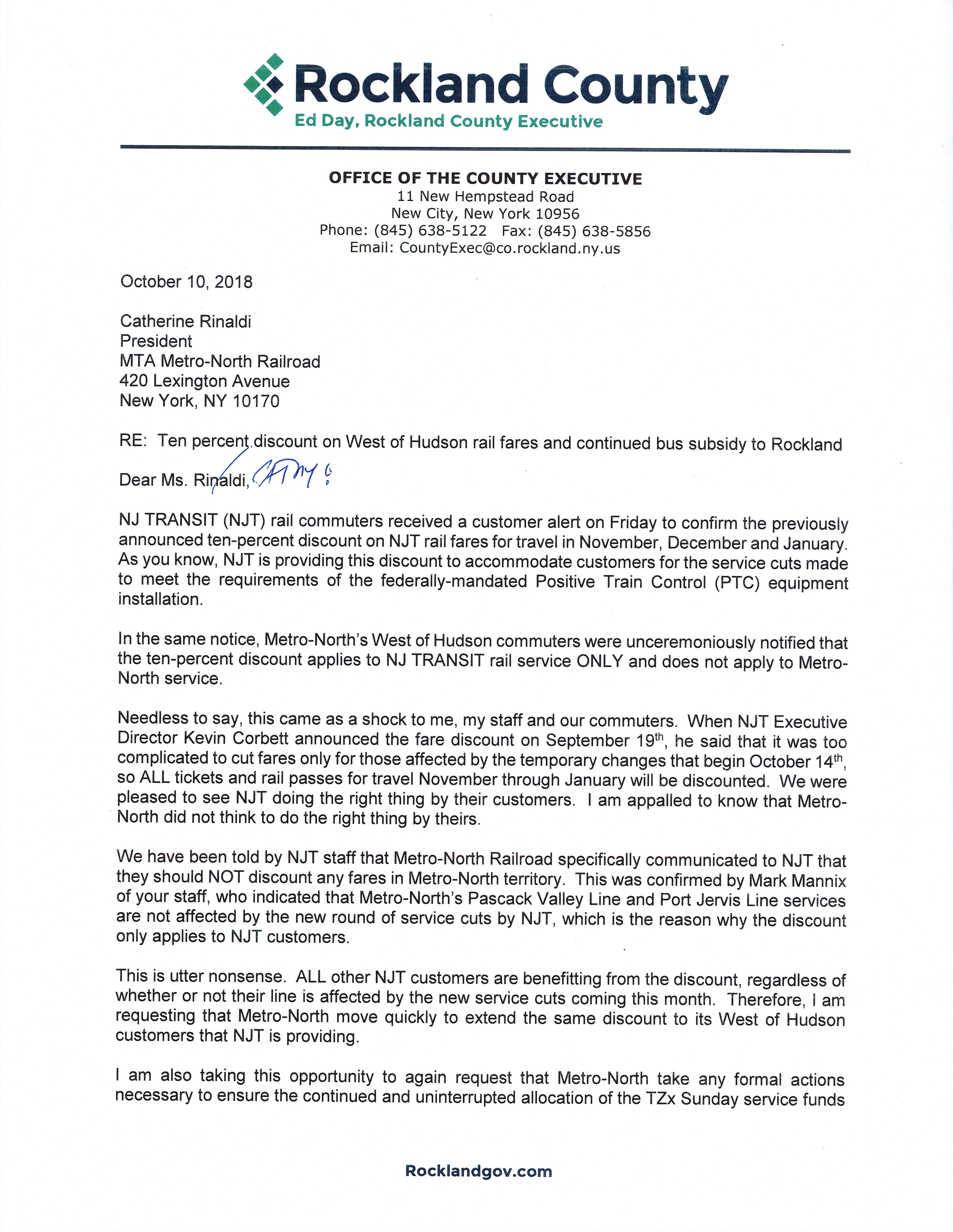 New City, NY – County Executive Ed Day received a response letter from Metro-North (MNR) President Catherine Rinaldi (see attached) containing yet another refusal to give West of Hudson riders a ten-percent fare reduction. After much advocacy for a fare reduction by local elected officials over the summer, NJ TRANSIT (NJT) announced a ten-percent discount on […]

No Discount for Rockland Riders by MTA, NJ Transit Story and Photos by Kathy Kahn As if Rockland doesn’t have its fair share of problems, one it doesn’t need is the faux pas NJ Transit imposed on its Rockland riders when it gave a 10 percent discount to its ridership in New Jersey but did not extend it to the other side of the […] By Rockland County Executive Ed Day Last week NJ Transit surprised Rockland County commuters with yet another unfair and unwarranted elimination of services. NJT announced that two of Rockland’s express trains on the Pascack Valley Line would be cut to facilitate the installation of PTC (Positive Train Control) with not a peep of protest from […]

NJ TRANSIT’s grade crossing repair projects planned for Pearl River and Spring Valley this month start on Wednesday, October 4 with the closure of two rail crossings in Pearl River. Following the completion of that work, three crossings in Spring Valley will be closed for repairs. Traffic delays are anticipated as a result of the […]