BY DYLAN SKRILOFF She may still be the girl next door to friends and family in north Rockland, but Katelyn Tuohy, the 16-year-old cross country wunderkind, is carving her name in history along side the greats of her sport. On Sunday, June 17 Tuohy not only took the national title at the New Balance Nationals […] Katelyn Tuohy of North Rockland High School was named the 2017-2018 Gatorade National Girls Cross Country Runner of the Year this week. The announcement was made Wednesday at Jack Rabbit running store in Montvale, NJ. American Professional Middle-Distance Runner Mary Cain emerged from the store’s stockroom to surprise Katelyn with the honor. The 5’4″ Tuohy was a tour-de-force this season, breaking […] 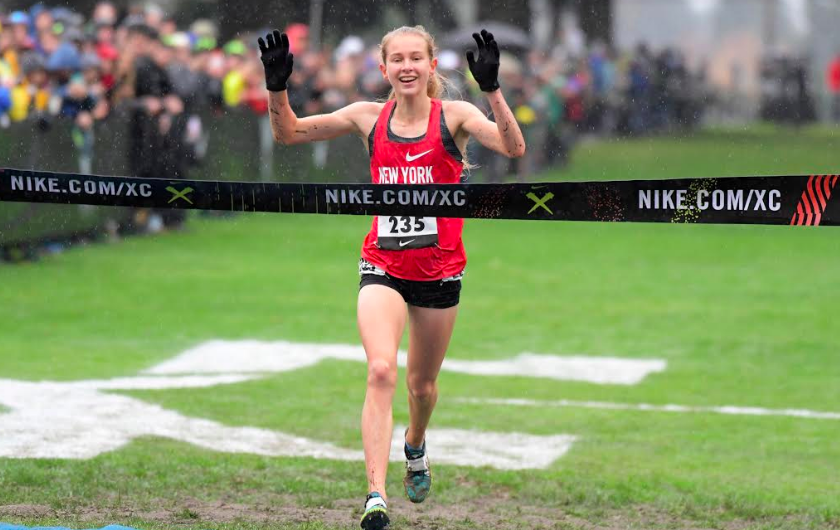 Student-athlete Katelyn Tuohy has been honored by the Rockland County Legislature for her exceptional achievements in the classroom and on the cross-country trails. Katelyn, a sophomore at North Rockland High School, is the No. 1 high school female cross-country runner in nation. “Katelyn makes all of us proud,” Legislator Michael Grant said. “Her accomplishments to […]