Legislator Harriet Cornell: “Dr. Stella Marrs was a dear friend who worked to make the world a better and more just place for all people,” Legislator Cornell said. “We had met at various events, and one day she took me to a house not far from the MLK Center. She showed me a ground […] “I am so deeply saddened to learn of the passing of my friend, Regent Judith Johnson. We have lost an educator who devoted her life to the truest of causes – the betterment of children – all children everywhere. She developed policies and programs to guide comprehensive school reform and improve student achievement. She was […] 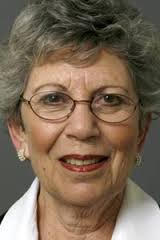 Legislators set to discuss increase in ticks, mosquitos and fleas Rockland County Legislator Harriet Cornell will hold a meeting of the Environmental Committee to discuss the increase in populations of ticks and other insects and the ways people can protect themselves from the diseases insects such as ticks, mosquitos and fleas spread. The meeting is […]

Vanderhoef and Cornell to Announce Appointment of Rockland’s Poet Laureate