“The diminishing draw to the Nanuet store is a direct result of the closing of major retailers at The Shops at Nanuet, which impacted the mall’s foot traffic and the overall shopping habits of the community.”

“Fairway Market values our staff and customers,” said Abel Porter, Chief Executive Officer at Fairway Market. “We have offered continued employment at our other stores to our current Nanuet employees.” 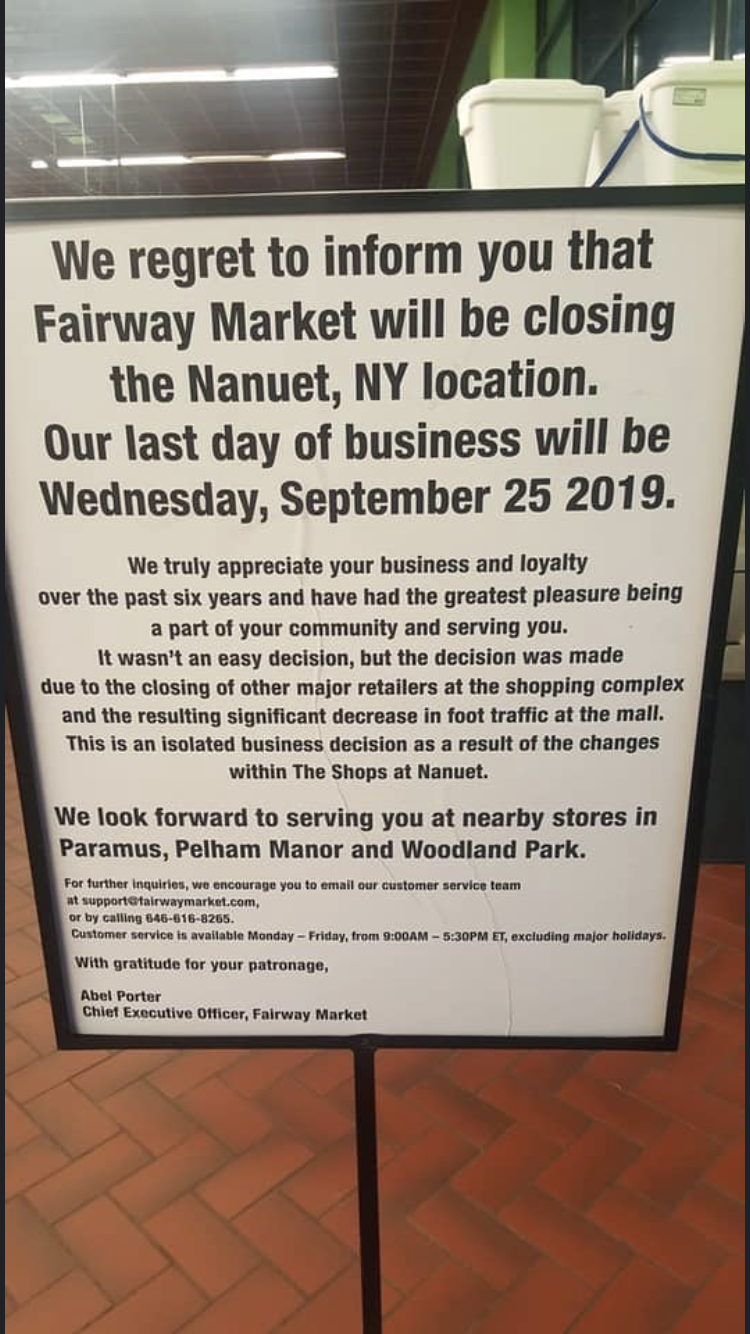 Fairway Market in Nanuet was originally opened on October 10, 2013. Video below of the Grand Opening

The closure of the Fairway Market is another big blow to the Shops at Nanuet. In just the last year, the Shops have lost two anchor stores – Sears and Macy’s. Both stores were technically independent of the Simon-owned Shops at Nanuets, while their space ran adjacent and connected with the greater mall area.