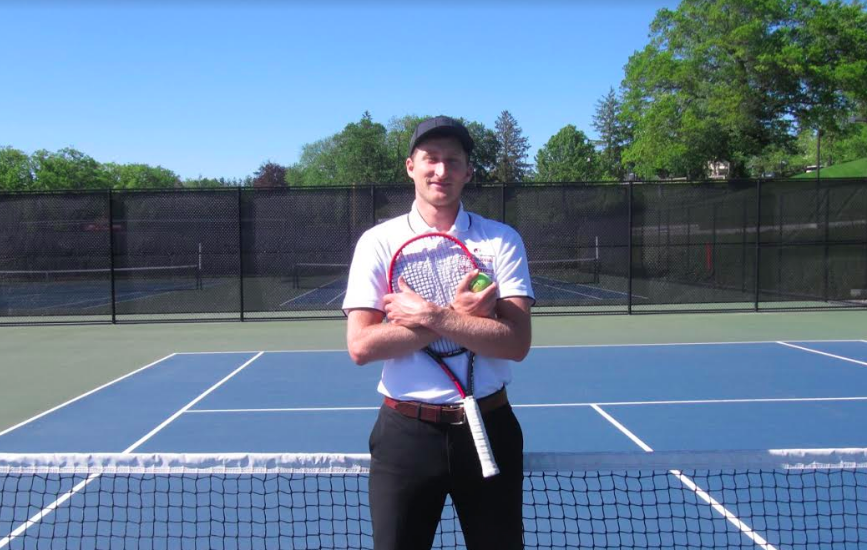 It had been awhile since Manhattanville College had had a competitive tennis program. Before hiring head coach Derek DiFazio in 2017 the school had gone years without a men’s or women’s tennis team or making any improvements to their existing facilities. But that is quickly changing; the veteran coach has revitalized the defunct program and now leads a group of students that have taken their division by storm.

“Tennis is the talk of campus these days,” said Ed Manetta, Manhattanville College Director of Athletics. “Our programs returned to varsity status following a six-year hiatus and both qualified for their respective postseason conference tournaments”. So far the men and the women’s team have earned a total of six conference nominations and been named rookies of the year. DiFazio was named the coach of the year and the men’s team finished their season as finalists in their division.
DiFazio attributes all that success to the schools renewed dedication. “They (Manhattanville) did it right” hiring the coach a full year before the team’s first season, giving him enough time to recruit and train a diverse and talented group of student athletes. Players have come from as far as Spain, Colombia, and the Czech Republic to compete in division three conferences and perfect their skills in one of the only programs on the east coast partnered with the United States Tennis Association. “(Their) rate of improvement was huge” DiFazio said proudly.

Manhattanville’s unique relationship with USTA has also helped them create a new “Professional Tennis Management Program” that teaches students everything from how to string a racket to how to run a tennis club. “There currently nine undergraduate students enrolled and more are coming this way next fall,” said Director Manetta. “We’ve developed a strong relationship with the USTA, helping us secure $40,000 in grants. We’re also working with the USTA on a nationwide marketing initiative for our PTM program and nearly all current undergrad students have secured prestigious internships with organizations such as USPTA Eastern, Tennis Innovators Academy, Johnstone Tennis Academy, Tamarack Country Club and Pleasantville Tennis Club, among others”. Derek is also working with the NY Open to secure opportunities for students to work various professional tennis tournaments.”
The new team has quickly became a powerhouse and established themselves as some of the best in the division. Their performance in this year’s Skyland Conference was an especially unprecedented success; for the first time in eight years Manhattanville was able to prevent Wilkes University from sweeping all four of the top spots in the tournament. Their number one player, Juan Huertas an RCC graduate, has been named MAC Freedom Player of the Week. Not only has the school improved their own team, they have also become a destination for some of the best athletes to ever play the game. The school often hosts professional athletes for summer training camps and puts on a number annual tournaments.

“This summer, Sunday, June 9th to be specific, we are hosting an incredible exhibition match between former world top 10 tennis players Patrick McEnroe and Aaron Krickstein on the brand new Manhattanville Tennis Courts,” Manetta said. “Tennis fans will be able to watch the match up close with tickets to the event, and a select number of VIP fans will also be able to take part in an exclusive on-court session prior to the match with the two pros. There will also be a meet-and-greet following the match.”